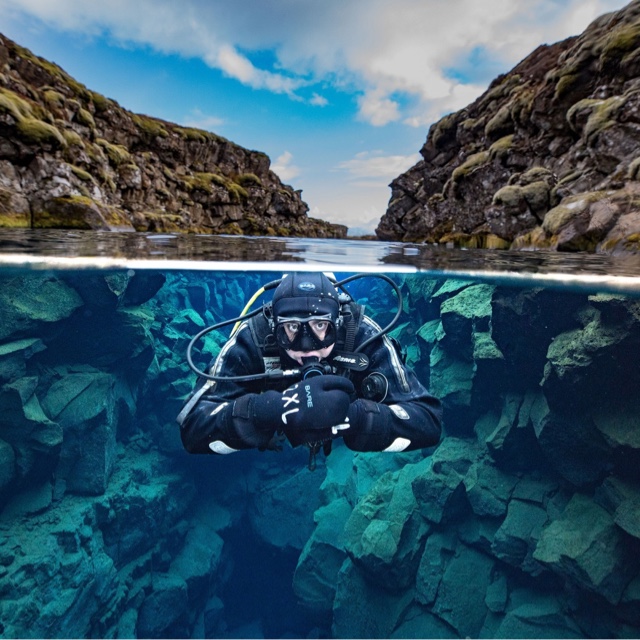 Dive in the clearest water on the planet as you swim through a natural fissure, a narrow opening between the lava rock cliffs of the North American and Eurasian tectonic plates.

Officially known as the Silfra Tectonic Fissure, or Silfra for short, this freshwater rift between two continents is not only geologically intriguing, it also happens to be stunningly beautiful. Divers can swim between two, tectonic plates in this natural Icelandic fissure created by earthquakes . The rift sits in the gap between the North American and Eurasian continental plates. This imperfect seam allows explorers to swim into its watery depths and dive towards the center of the Earth. The clear waters attract divers from around the globe. Divers experience the unique feeling of diving between worlds, where visibility is often as good as 300 feet between lava-rock cliffs. The marine life in the fissure is mostly different types of algae and creates a unique underwater colorscape. Most fish species in the area do not venture into the Silfra fissure.