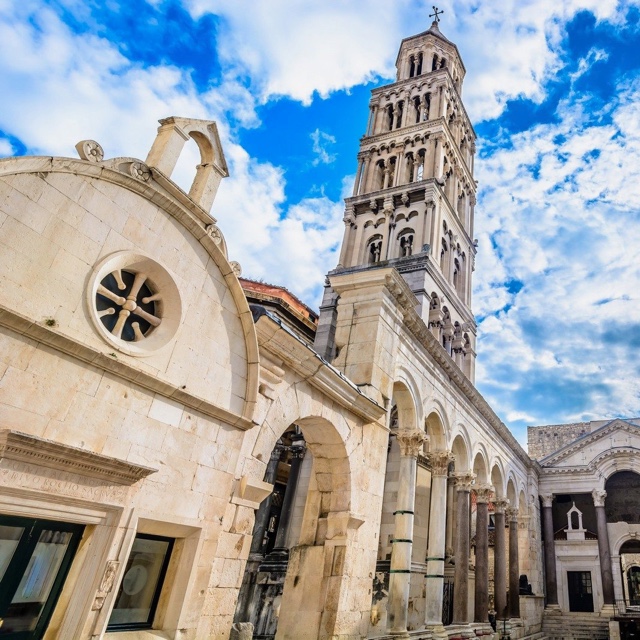 This is some of the best preserved monuments of Roman architecture in the world. It was built in the 4th century as a luxury, summer home and a military camp for the Roman emperor Diocletian. The emperor spared no expense during the construction that lasted ten years, He imported marble from Greece and Italy and columns and 12, intricate sphinxes from Egypt. Nearly half of the Old Town of Split is composed of the palace and grounds in this extraordinary complex that is the heart of the city within a city. There are more than 220 buildings along with bustling markets, shops and restaurants in this part of the city.

In the Emmy Award winning television series of the Game of Thrones, this was the set for filming the fourth season in the mystical city of Mereen in the land of Slaver’s Bay.