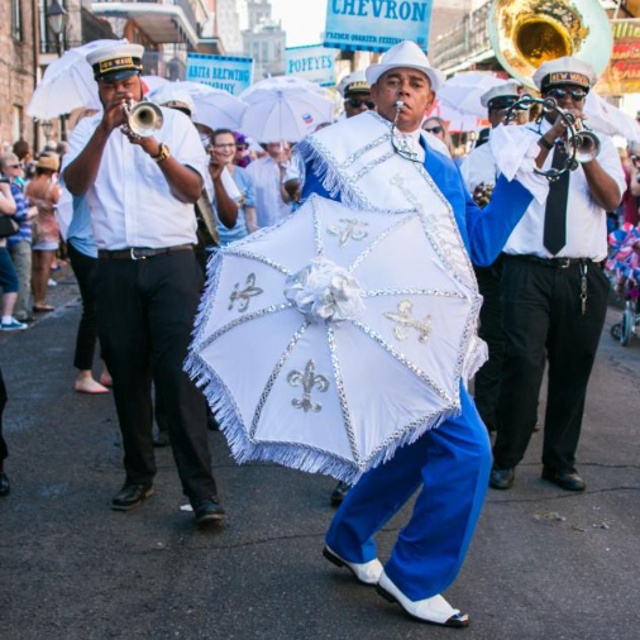 Dance Your Way Down the Street in a Second Line

One of the best things about New Orleans is that sometimes, seemingly out of nowhere, a second line parade just starts rolling down the street. When that happens, you drop everything and join in the fun!
A tradition in brass band parades, second lines have been called the quintessential New Orleans art form. Behind the “first line” of the brass band are those who dance and walk along, twirling parasols or handkerchiefs in what’s called “second lining.” When a second line comes down the street, the whole neighborhood comes alive and joins in as the parade weaves its way around the community.