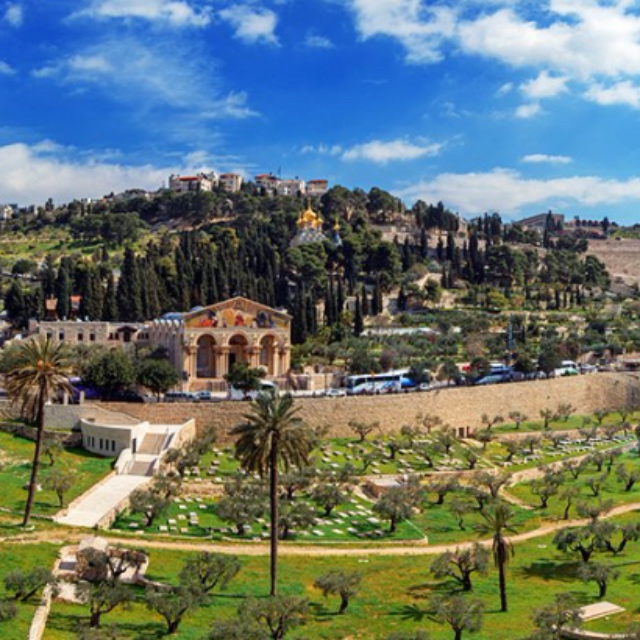 Climb to the Top of the Mount of Olives

The first stop on your climb will be Gethsemane which is located at the foot of the Mount of Olives in Jerusalem. It is the garden site where Jesus prayed during his suffering and agony during his atonement, as his disciples slept nearby.
Named after the olive groves that once covered its slopes, this 2,900 foot mountain stands opposite Jerusalem’s Old City. This holy ground has also been the final resting place for many important biblical figures, including Zechariah and Absalom. The Mount of Olives, one of three hills on a long ridge to the east of Jerusalem, is the location of many biblical events and several religious sites are found on the hill’s slopes.