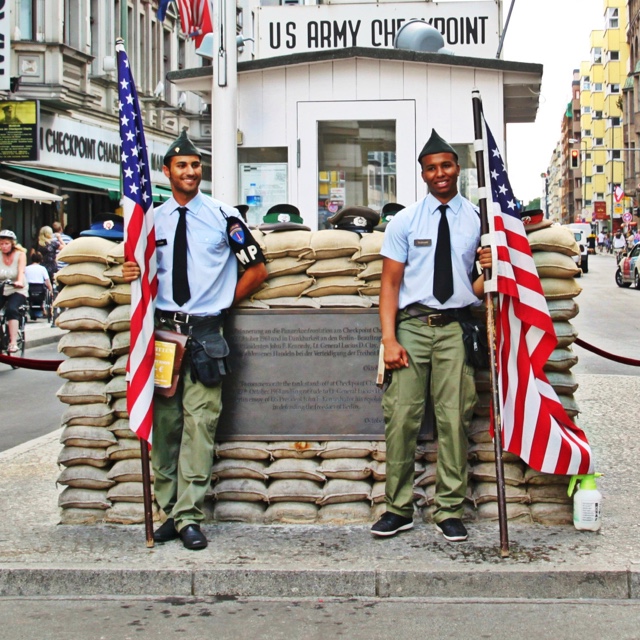 The most famous border crossing point between East and West Berlin when the wall divided the city, Checkpoint Charlie is now a popular, attraction to tourists. The signage above the checkpoint reads ominously, ‘You are now leaving the American Sector’, which up until 1989, signified the border between capitalism and communism, freedom and confinement. This was the site of a few tense stand-offs during the days of the Cold War, most notoriously in 1961 when American and Soviet tanks faced off against one another.