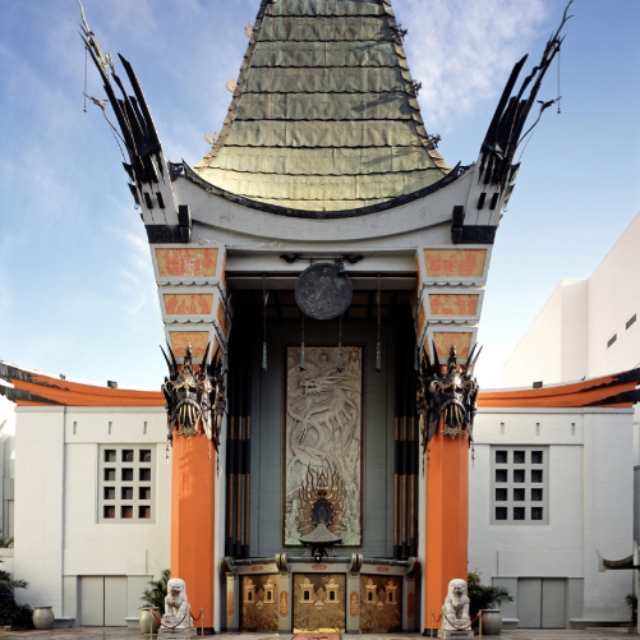 Movie-goers from around the world compare their hands and feet to those of movie stars past and present at the world’s most famous movie theater, Grauman’s Chinese Theatre.
The grand opening of Grauman’s Chinese Theatre in Hollywood was on May 18, 1927. It was the most spectacular theatre opening in motion picture history. Grauman’s Chinese Theatre, known under naming rights as TCL Chinese Theatre, is a movie palace on the historic Hollywood Walk of Fame. It is easily identified by its architecture that includes two coral red columns topped with an iron mask, bronze roof, a 30-foot stone dragon and two heaven dogs brought from China that guard the entrance.
The forecourt has been one of the most popular free attractions since the 1920s, when actress Norma Talmadge accidentally stepped in wet cement during the premiere of Cecil B. DeMille’s “King of Kings.” Every year, millions of visitors flock to see the hand and footprints of the stars.