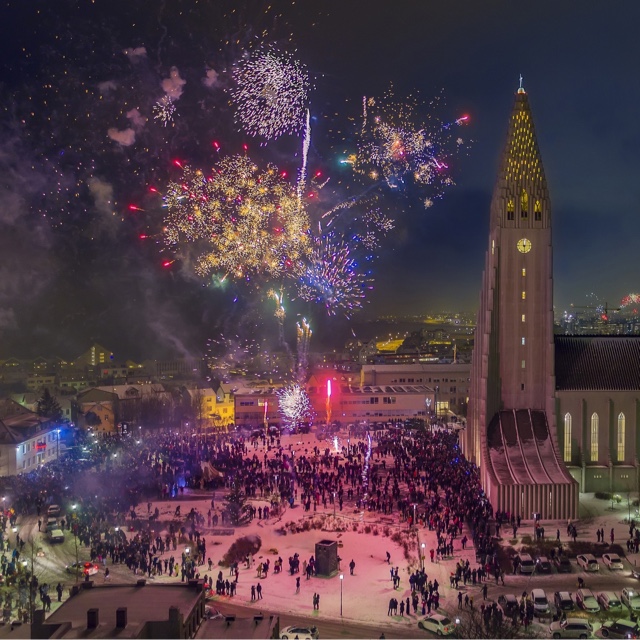 Ring in the New Year with the locals and experience the ancient, Icelandic customs surrounding the traditional community bonfires, street parties and the greatest fireworks displays on Earth.

Ring in the New Year with the locals and experience age old customs surrounding traditional, Icelandic community bonfires, street parties, singing, dancing and firework displays of epic proportions. There are no official firework displays provided by the city. This legendary night is created by the people of Reykjavik.

Traditionally, Icelanders start the evening with a festive family dinner, followed by a trip to a local bonfire where they meet up and celebrate with neighbors. Then, the city streets are quiet as most of the nation gather around their television sets to watch Áramótaskaup, a comedy show focusing on the major news stories and events of the recent year from a satirical standpoint. This show’s ratings are among the highest in the world and it has become an important part of Iceland’s New Year’s Eve celebration.

As soon as Áramótaskaup is finished, a brilliant display of fireworks is unleashed as nearly 500 tons of fireworks are set off by the residents of Reykjavik. After midnight, the night clubs and pubs remain open and the celebrations go on well into the morning.