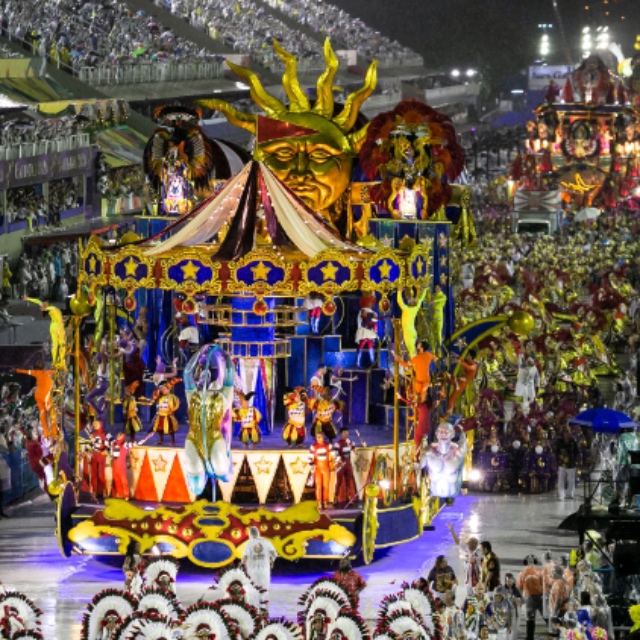 Carnival Capital of the World

Rio de Janeiro is considered the Carnival capital and is registered in the Guiness Book of World Records as the biggest carnival in the world. Its first festival was celebrated in 1723. More than two million people a day are on the streets of Rio during Carnival to enjoy the fun and festivities.
On the Friday before Ash Wednesday, Rio’s mayor crowns a man to be King Momo, named after a mythical jester, and gives him the keys to the city. During the five days of Carnival, King Momo runs the city and is in charge of the festivities. There are street and nightclub parties, parades and formal masquerade balls. The Copacabana Palace Hotel hosts the grandest of the masquerade balls on the Rio oceanfront. Guests are required to wear either tuxedos, evening gowns or elegant and expensive costumes and masks.
A Carnival highlight is the Samba Parade held in the Sambodromo. The country’s dance schools compete for the top prizes during the parade. Local communities spend all year practicing their dances and music and making costumes and floats that will be judged during the Samba Parade. Some schools spend as much as four million dollars to compete with rival samba schools. When the contest winners are announced on Ash Wednesday, Carnival is officially over.