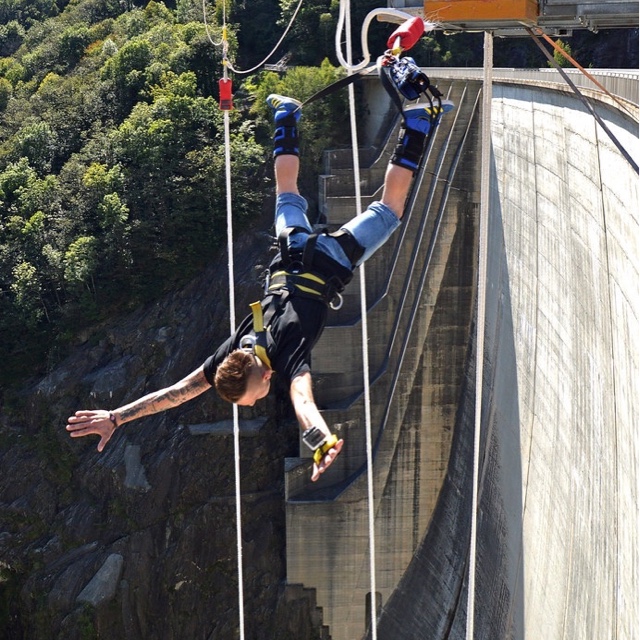 Switzerland has a history of appearing in James Bond movies. Mr. Bond has dodged villains on Swiss mountain passes and fought them on gondolas high above valley floors. However, the opening scene in the movie Golden Eye took things to a new level.
James Bond escapes evildoers by launching himself off a 700 foot dam, as he bungee jumps to the bottom of the Verzasca Dam. This stunt was voted as the best movie stunt of all time.
Now, you can follow in the footsteps of the world famous 007, the fictional British Secret Service agent known as James Bond.
After the James Bond film, the owners of the dam leased access to the dam to a commercial bungee jump operator. Now, this has become a popular bungee jumping location where over 10,000 people have jumped from this dam.
In the 14th season of The Amazing Race, eleven contestants had to bungee jump off the dam as one of their tasks.