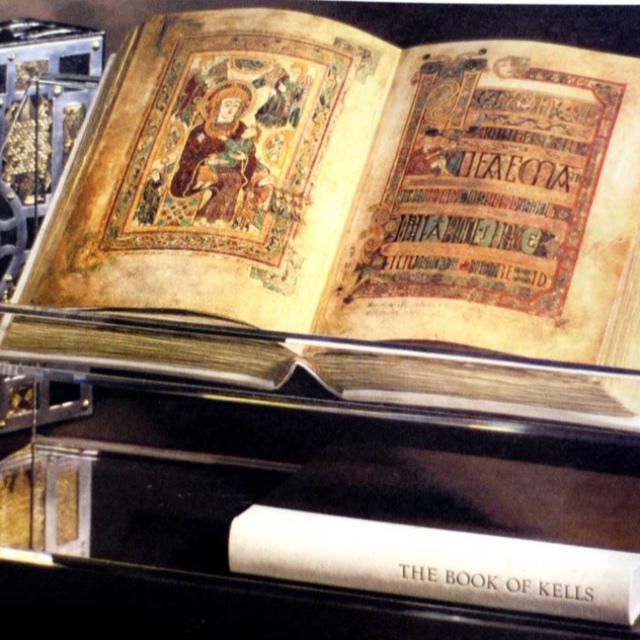 Book of Kells at Trinity College

Built between 1712 and 1732, the Long Room at Trinity College’s Old Library holds the collection’s 200,000 oldest books.Its most famous holding is an extraordinary manuscript known as the Book of Kells. Decorated with lavish Celtic and Christian iconography, its distinctive designs have become firmly rooted in Irish identity. Thought to have been created around 800 AD by Christian monks on the Isle of Iona in Scotland, it is composed of the four gospels, hand-transcribed on vellum in a script style. It is named for the monastery at Kells, County Meath where the monks took refuge after a Viking raid and which became the manuscript’s home for centuries.