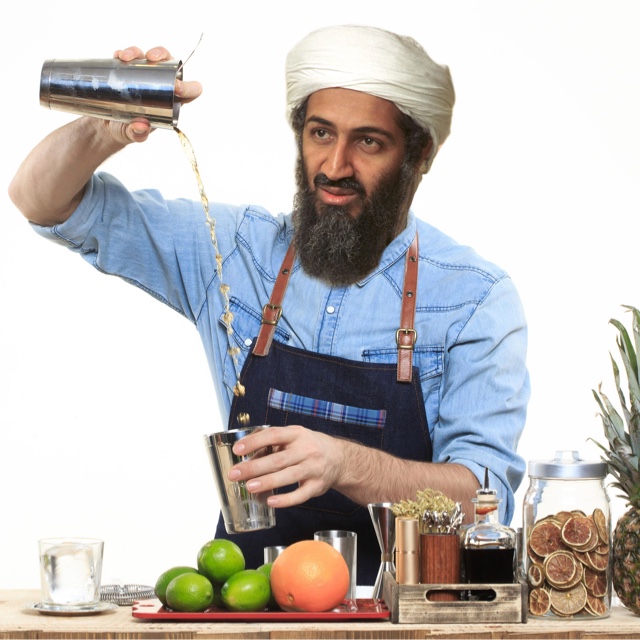 One of the more unusual places to visit in Rio is a Bin Laden themed bar. This unique nightspot is sure to be a hit, thanks to its owner, Ceará Francisco Helder Braga Fernandes, who looks like the infamous terrorist.
The owner’s idea for the bar came about after 9/11, when Bin Laden became the most wanted man in the world. Fernandes reportedly found himself in hot water after an alarmed customer reported that Bin Laden was hiding out in Brazil running a bar. Luckily for the Bin Laden look-a-like bar owner, the police saw the funny side and Fernandes became a local celebrity, having his picture taken with customers and the police officers that were sent to arrest him. Fernandes has also appeared on TV in a story covering the unusual situation. A hasty rebrand of his bar, saw the Bar Do Bin Laden open its doors to the public and it has since become a very popular local hangout.