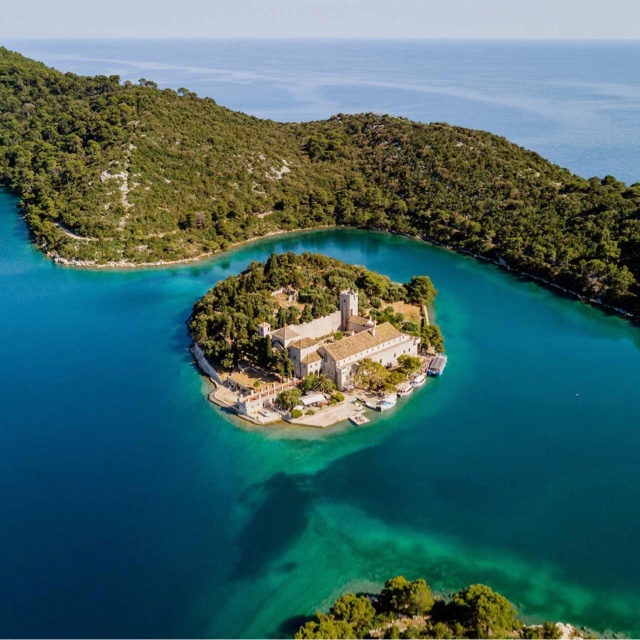 Built during the 12th century, this monastery is on a small island right in the middle of Large Lake and it is one of the oldest church complexes in the Adriatic. Massive walls and towers were built around the monastery complex because this area was considered a high risk for pirate attacks. Nature lovers will find the dense woodland’s salt water lakes to be an ideal area for trail runs, walking or mountain biking. This is also a popular place for swimming and kayaking.

On July 27, 1377, Dubrovnik introduced quarantine to stop the spread of infectious disease into their country. Sailors, merchants and items arriving from “suspicious lands” could not enter the country until they had spent a month in quarantine. During the 14th century, the monastery was used as a quarantine and the monks were practicing pharmacists. At that time, the entire island was an olive grove. There are still more than one hundred olives trees growing on this island.