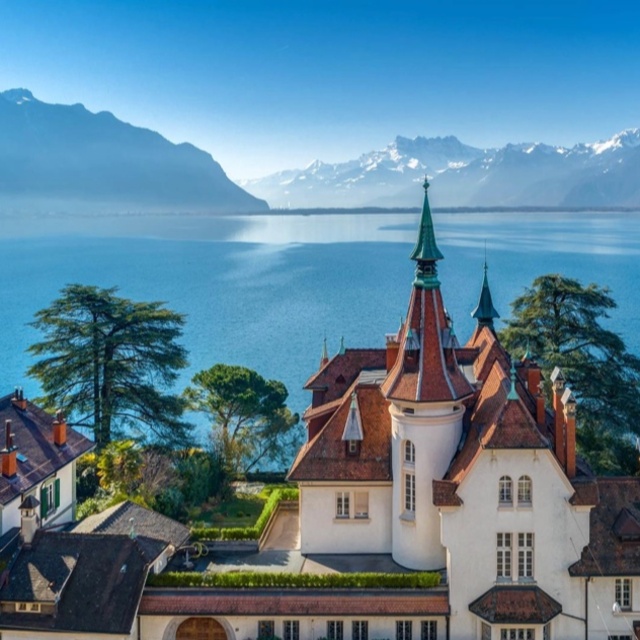 This is the second largest jazz festival in the world. If you are visiting in July, plan on listening to jazz music when you attend the festival held on the banks of Lake Geneva in Montreux, a resort town known as the Swiss Riviera. More than 250,000 people attend the Jazz Festival and it lasts for two weeks.
When Freddie Mercury and his band, Queen, visited the Jazz Festival, they fell in love with Montreux. The band bought a recording studio just outside of Montreux and recorded seven of their albums in this studio.
Freddie loved this area so much, he eventually decided to move from London to Montreux and Switzerland became his home. A statue of Freddie was built on the lake shore as a monument to this famous musician.
Deep Purple’s legendary song, “Smoke on the Water”, was inspired at a Montreux Jazz Festival. The lyrics of the song tell a true story about what happened on December 4, 1971 when a fire burned down the Montreux Casino where the band was going to record an album, the next day.
“We all came out to Montreux
On the Lake Geneva shoreline
To make records with a mobile
We didn’t have much time.
Frank Zappa and the Mothers
Were at the best place around
But some stupid with a flare gun
Burned the place to the ground.
Smoke on the water, fire in the sky.”