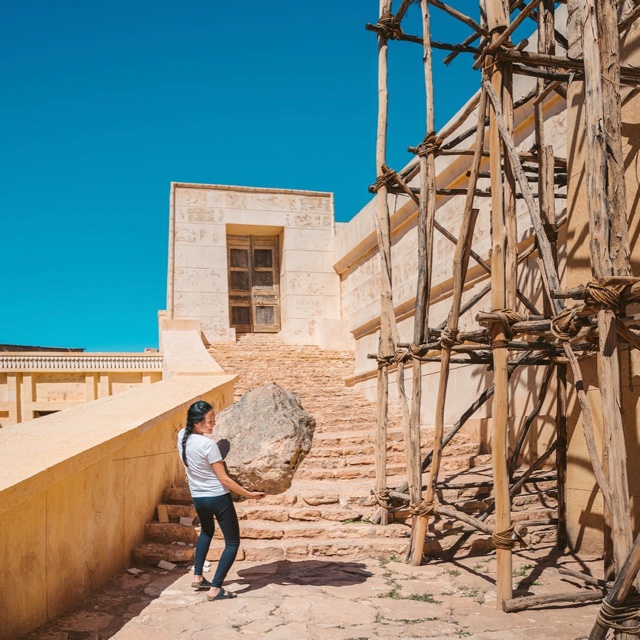 On the road to Marrakech you will find the largest film studio in the world. It has become a very popular tourist destination. It covers more than 322,000 square feet of desert and was named after the nearby Atlas Mountains, a range that stretches across northern Africa. The studio grounds are littered with old movie sets that are decaying in the harsh, desert environment.
The studio was built in 1983 but its location was used in 1962 for filming Lawrence of Arabia because the director wanted an authentic setting to film his movie. The studio was also used as a shooting location for several well-known movies including Star Wars, Alexander the Great, Black Hawk Down, The Mummy, Jewel of the Nile and Gladiator.