Precious Gem of the Aegean

Formed from a violent and disastrous volcanic event over 3,600 years ago, the island of Santorini was dramatically altered when the center of the island sunk into the sea. The volcanic eruption left behind three land masses that formed a ring around the sunken crater known as the caldera. As your boat sails into the caldera, the island of Thiras’ regal beauty will etch itself into your memory, forever. The villages of Fira, Firostefani, Imerovigli and Oia line the top of the dark, volcanic cliffs forming a breathtaking crown of white and blue. When you first pull into the docks, you will begin by exploring narrow streets and picturesque homes in the fishing village. Take a cable car, a donkey ride or trek up the steps on your memorable journey to the clifftops. This is one of the most breathtaking and romantic destinations. Its views will leave you gasping for breath and the friendly people will melt your heart. Wake-up early for the sunrise and stay up late for the sunsets and enjoy some of the best views in the world. 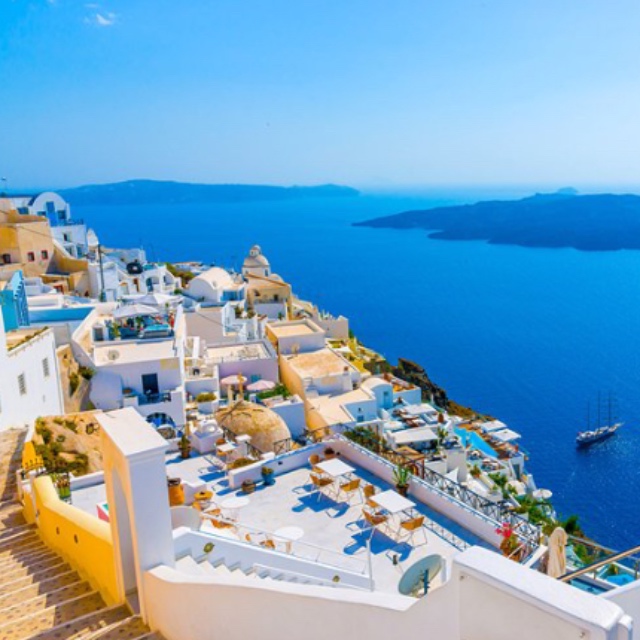 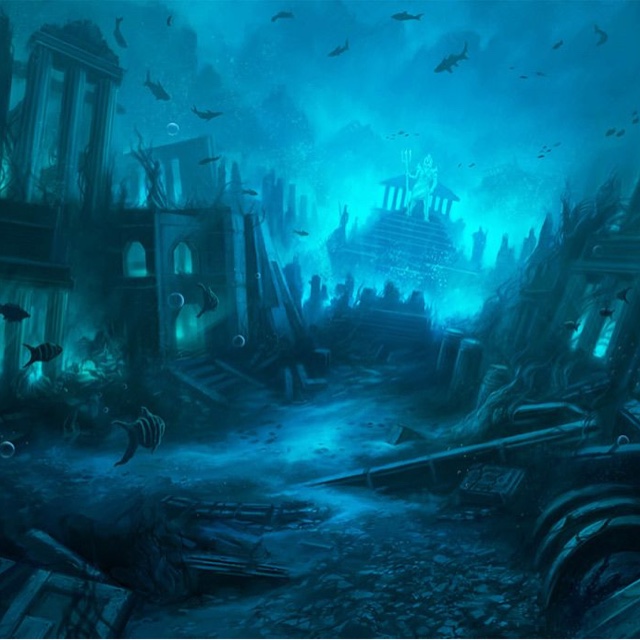 Discover what may be the Lost City of Atlantis among the ruins of this highly cultured Bronze Age settlement. Nearly 3,000 years ago, a violent volcano erupted on the island of Thera causing most of... See more

The Blue Domes of Oia

In the center of Oia are three blue domes that rise majestically from the white washed walls of the church. This iconic, Greek town is built right into cliffs of volcanic rock, 587 steps above the se... See more 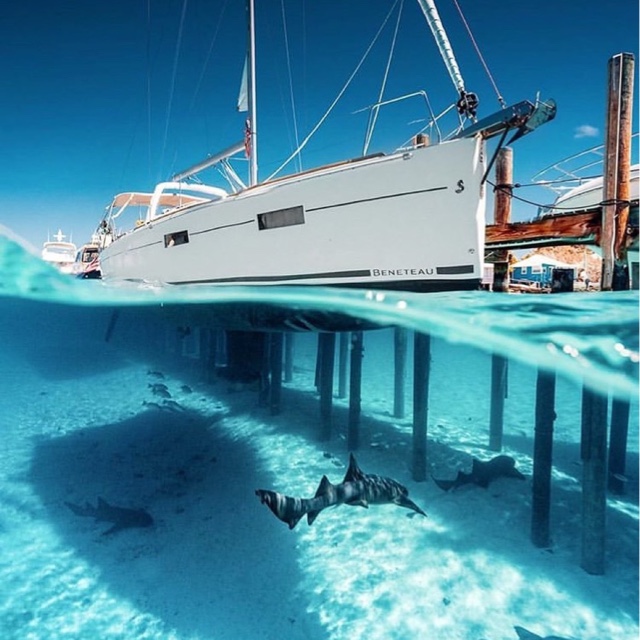 Set your sails for adventure as the captain and crew welcome you aboard your luxury, sailing vessel for the ultimate way to explore the beauty of Santorini and the surrounding Greek islands. This is t... See more 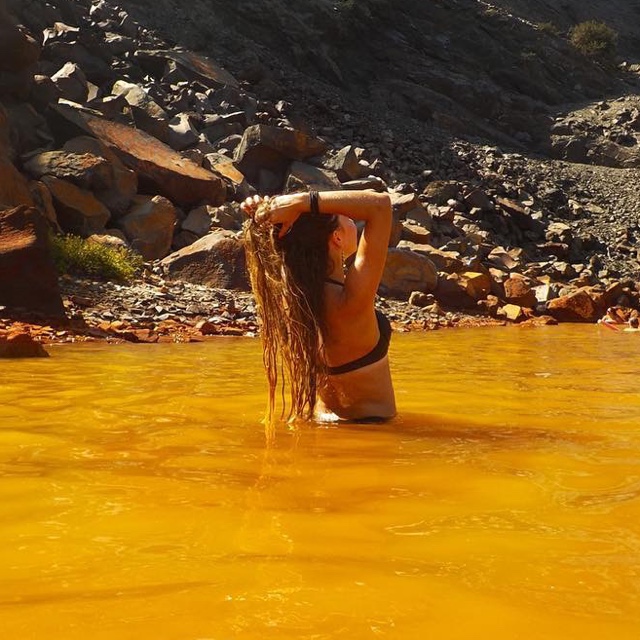 Swim up a Geothermal Sulfur River

Where there are active volcanoes there are hot springs. After being out in the sun and exploring volcanoes all day, you will be ready to dive from your boat into the cool, Mediterranean waters. Gett... See more 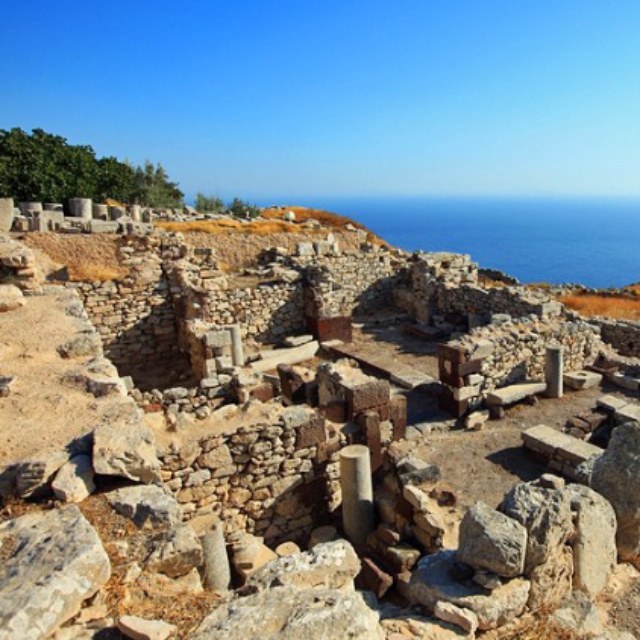 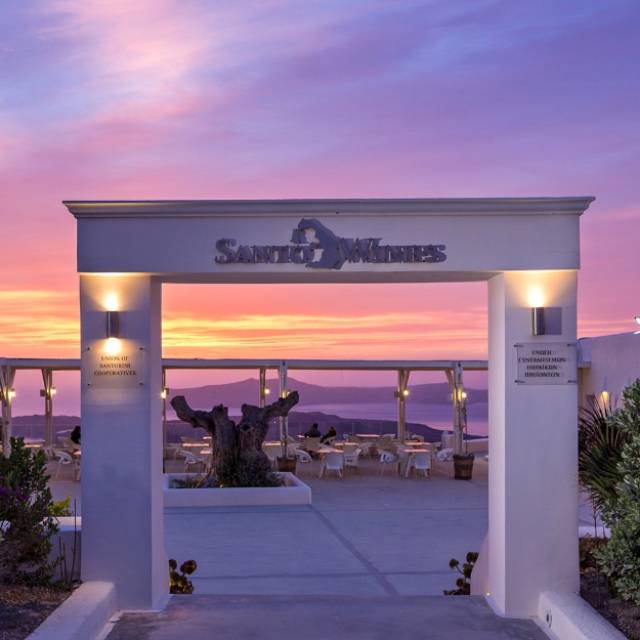 You will want to visit this scenic winery and enjoy the spectacular views of the cliffs and the caldera. There are also tours you can take to learn more about what goes into turning grapes into wine. ... See more

Vermilion colored lava cliffs and the red pebbles and sand of pulverized volcanic rock make this one of the most unique beaches in the world. This captivating scenery is the result of volcanic activi... See more 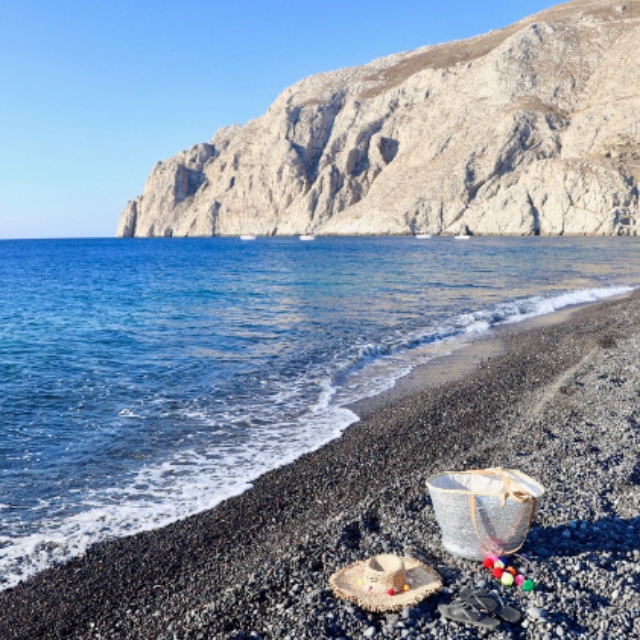 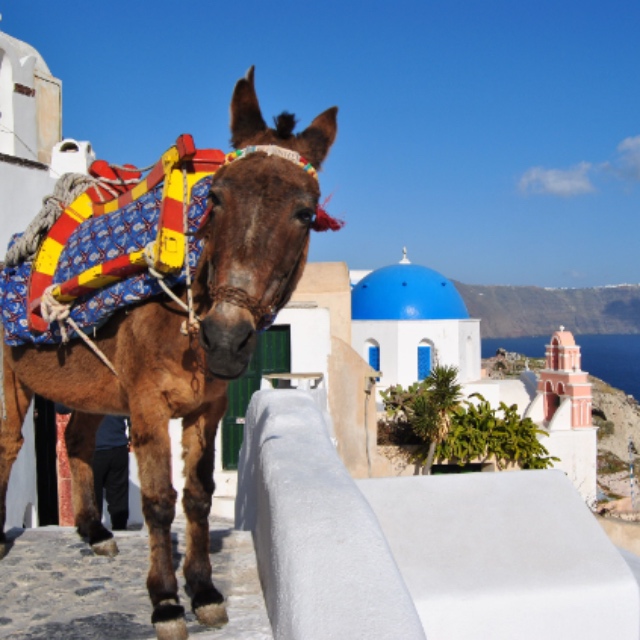 Donkey Ride up the Cliffs 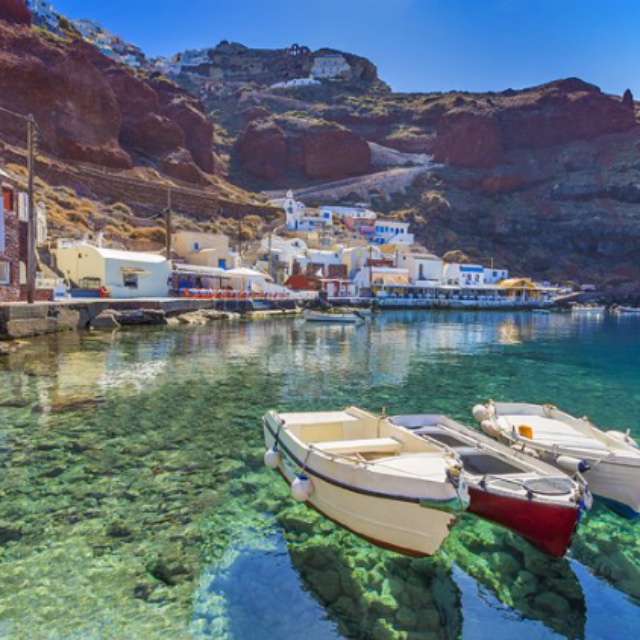 Spend the Night in a Windmill